Following the success of last year’s competition, Eurofighter PR and Communications are proud to launch the 2012 edition of the popular Eurofighter Typhoon Amateur Photography Competition which will run from the 9th March until the 31st August 2012.

On the front cover of the 2012 Eurofighter calendar is a stunning atmospheric photograph taken by Ian Ramsbottom who was a clear winner in the 2011 competition. His photo of an RAF 17 Sqn Typhoon low level flying was taken in the Mach Loop valleys in Wales, UK.

The calendar has been released internationally and has received incredible feedback, proving that you don’t have to be a professional photographer to take professional images of Typhoon. Lead judge Geoffrey Lee of Plane Focus said of the competition: “This is a perfect platform to prove that amateur photography can indeed be extraordinary”.

This year’s winner will be announced during ILA, Berlin Air Show in September 2012. The judging panel, which will include last year’s winner Ian, will meet at the show to choose the winning photograph.

The judging panel for the competition will be Geoffrey Lee from Planefocus Ltd – Eurofighter’s leading Typhoon photographer; Andreas Westphal – Managing Director of images.art.design; Marco Valerio Bonelli – Head of PR and Communications for Eurofighter GmbH and Ian Ramsbottom – amateur aviation photographer and winner of the 2012 competition. Original images of Typhoon will be accepted from any amateur photographer in accordance with the terms and conditions provided below.

Please send all entries either via email to communications@eurofighter.com or in the post:

The 2012 Eurofighter Typhoon Amateur Photography Competition will run from the 9th March 2012 to the 31st August 2012. The winner must be an amateur photographer which by definition means: “A person who engages in photography as a pastime rather than as a profession”.

The competition entry is limited to one photograph per person, the image size should be around 30×40 cm and must be at a minimum 300dpi in quality. 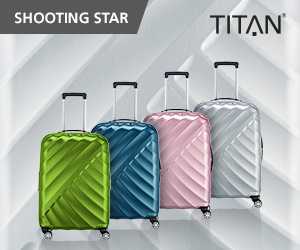 The winner will have their image featured in the 2013 Eurofighter Calendar, will receive a 1:48 Lupa Typhoon model and will be invited to sit on the 2013 judging panel. In addition, the top three photographs will be published in Eurofighter World magazine, on the www.eurofighter.com website and will all receive a 2013 calendar. The ‘Panel’s Choice’ prize will again be awarded to the best young Typhoon photographer for entries from those under the age of 16.