Viviane Esders has announced the winner of the first edition of the Viviane Esders Prize for photographers over 60. Mario Carnicelli, born in Atri in Italy in 1937, will receive an endowment of €60,000, of which €10,000 will be dedicated to the publication of a book.

For this first edition of the Prix Viviane Esders, 281 applications were received, including 22% of of which were from women photographers and 14 European countries were represented.

Presided by Viviane Esders and composed of Laure Adler (journalist and producer), Fannie Escoulen (Head of the Department of Photography of the French
Ministry of Culture), Tatyana Franck (President of the French Institute Alliance Française in New York), Antoine de Galbert (contemporary art collector and patron), Astrid Ullens (collector and patron of the arts) and Charlotte Rampling (actress), the jury chose to select the photographer Mario Carnicelli, born in Atri, Italy in 1937, from among five distinct paths and approaches to photography, as practiced by photographers over the past forty years. 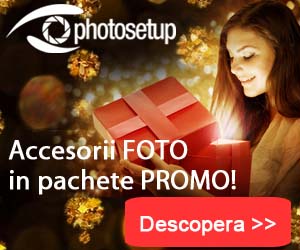 Created in 2022, the Prix Viviane Esders aims to honor the work of a professional European photographer over sixty years old, independent and still active, whose importance and quality of work deserve to be better revealed or enlightened in the history of photography. It highlights the look and the itinerary of a life, that of photographers, these authors whose medium has tirelessly animated Viviane Esders’ career since the 1980s.

This prize reflects the meeting of two complementary and inseparable life paths, that of its founder, dedicated to understanding, loving and exhibiting
photographers, and that of a photographer, dedicated to creation in the hope of creating a work.

Mario Carnicelli and photography go back a long way, starting as a child in his family’s photography studio for which he worked from the age of 14.
But now he works outside. This passion will never leave him. At the junction of street photography and the humanist movement, his approach involves paying particular attention to individuals. It is a question of “demonstrating and documenting”, he sums up.
What he likes are ordinary people capturing their attitudes and postures, believing them to be revealing of the times and the world.

In his search for authenticity and his desire to avoid “cold realism”, he sees gestures as a valuable source of information: “The way you interlace your fingers, the way you bend your leg, the choice of where to stop, the way you blink your eyes, it’s all a story.
In addition to body language, Mario Carnicelli also lingers on faces to capture emotions, for example during the funeral of the communist Togliatti in 1964, which brought together a huge crowd in Rome. Or in Atri, his hometown: “I am convinced that the people of Atri provide an ideal observatory for an analysis of the world.“

With Mario Carnicelli, the word documentary takes on another dimension, as he engages in a true societal analysis, whether in black and white or in colour, in his native Italy or the United States.

He seeks to reveal the essence of man rather than facts or gestures.

From the 281 applications submitted, the jury chose five finalists: